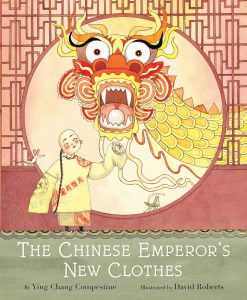 Ming Da is only nine years old when he becomes the emperor of China. In order to test the loyalty and integrity of his ministers, he employs his tailor to come up with a clever test to outsmart them and reveal their true colors! What a genius way to introduce Chinese history and culture to children!